On his 1-month birthday, Benjamin Kruse began showing symptoms of a cold. He developed respiratory congestion and was taken to the pediatrician. Suspecting a viral infection, the doctor sent the family home to manage Ben's symptoms and asked to see him in three days.

That same night, things took a turn for the worse - Ben's congestion intensified, he began to vomit and his breathing failed.

"It was every mom's worst nightmare," said Nicole Kruse, Ben's mother. "I knew something wasn't right; I knew he needed special care."

Kruse rushed Ben to the Pediatric Emergency Department at Salah Foundation Children's Hospital at Broward Health Coral Springs. Doctors determined that Ben's oxygen levels had dropped to 70 percent, and X-rays confirmed fluid in his lungs and signs of pneumonia. He was diagnosed with Haemophilus influenzae type B (Hib), preventable by a vaccine that Ben was too young to receive.

"I was afraid for his life," said Kruse. "A week before he was just a small baby with a cold."

After a week in the hospital, doctors decided Ben needed to be treated at Salah Foundation Children's Hospital in Fort Lauderdale, where a pediatric oscillator was available. The oscillator, the nurse explained to Kruse, would reduce the stress on Ben's lungs and allow them to heal. After three weeks of treatment, Ben was fully recovered and on his way home.

"As a mother and nurse, stories like Ben's are what make me passionate about the work we do," said Broward Health President/CEO Beverly Capasso. "Staff at two hospitals created a continuum of care for this baby that ensured he was provided the best care possible."

Six months after his stay at the hospital, Ben is a healthy and happy baby. For his parents, this journey brought new understanding on the importance of vaccination and creating herd immunity for those unable to receive vaccinations due to age or a suppressed immune system.

"It is important for everyone who is able to get vaccinated," said Venu Devabhaktuni, M.D., FAAP, FCCP, chair of the Department of Pediatrics at Salah Foundation Children&'s Hospital at Broward Health Medical Center. "This way, we help protect people who cannot, especially tiny babies like Ben."

"To prevent other children from suffering a similar illness," said Capasso, "we encourage everyone - young and old, alike - to be vaccinated to protect young infants like Ben from Hib, the flu and other contagious viruses and infections."

"It's crazy to think that all of this could be prevented by a vaccine Ben was too young to receive," Kruse said. "I would advise all parents to please immunize your kids. Vaccines can prevent situations like ours." 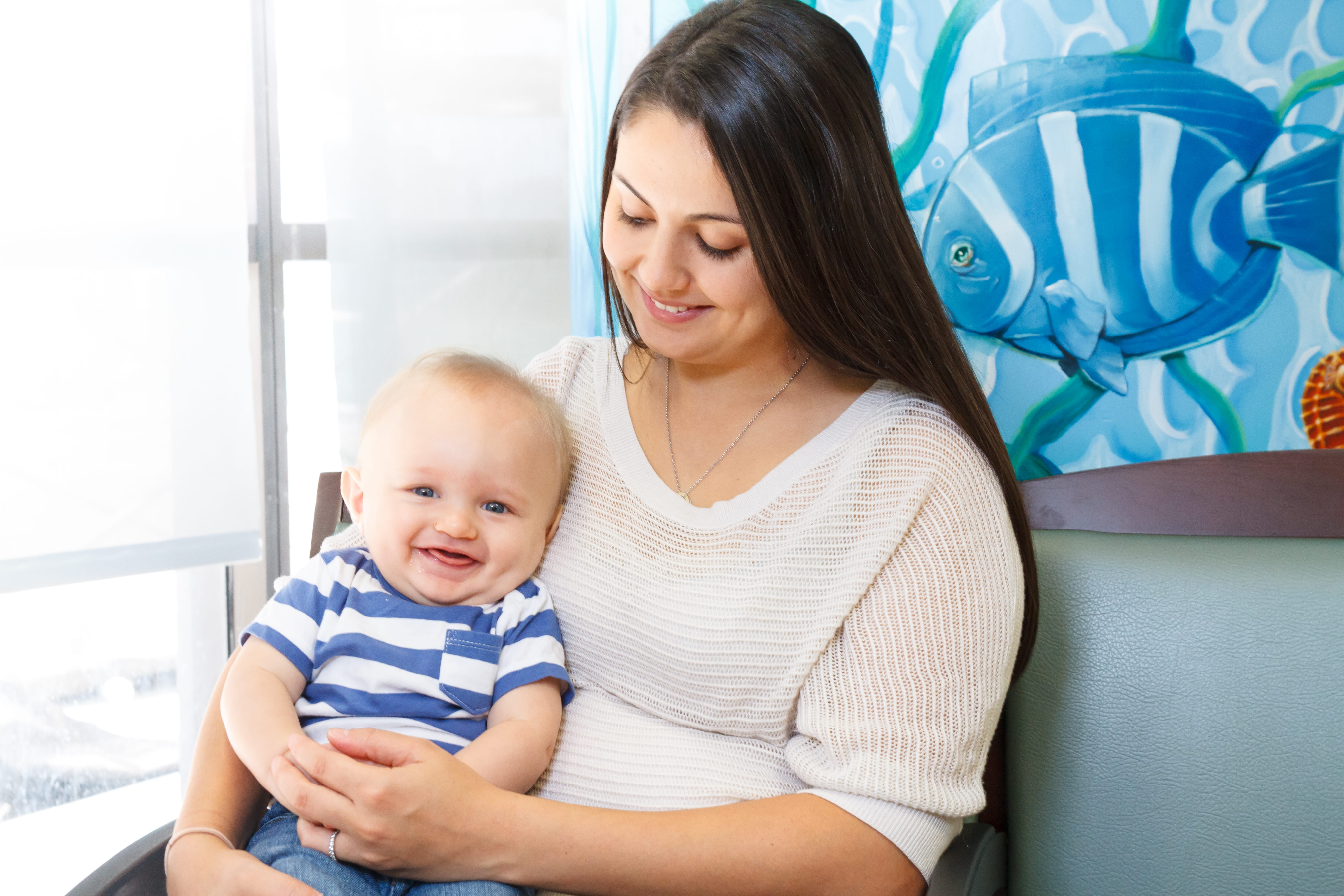