On the morning of October 16, 2018, just one day after celebrating their seventh wedding anniversary, Cara Roeck was waiting for her 44-year old husband, Adam, to undergo open heart surgery at Broward Health Medical Center.

"We are just going to sit here and breathe and everything is going to be okay," Cara remembers the nurse saying. 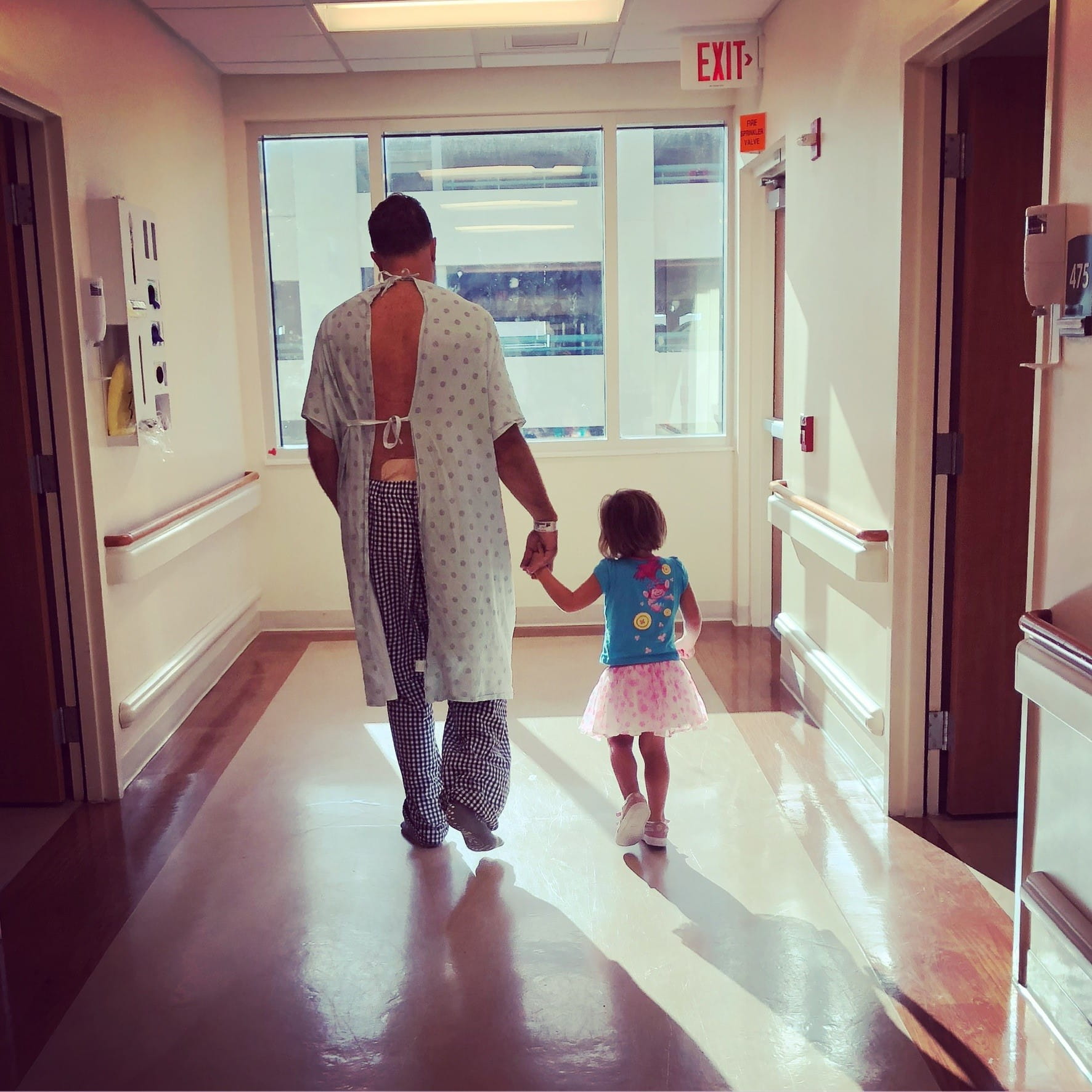 rupturing and could potentially put his life at risk. They were referred to Kenneth Herskowitz, M.D., medical

"These can sometimes be the most challenging cases that we deal with," said Herskowitz. "Once an aortic aneurysm reaches 5.5 centimeters, you operate immediately, that is the standard. This was an undiagnosed aneurism and at 8 centimeters the risk of rupture was extremely high."

"I was terrified," she said, "but literally the nurse came into the room, sat down with us and gave us the emotional support we needed to get through that time."r.

"Everything had to be replaced - the valve, the aorta," said Herskowitz. "We were very lucky that we caught it and were able to fix it."

Adam spent almost one week in the hospital, undergoing cardiac rehabilitation. Adam has returned to work and today, nearly three months later, he is able to enjoy playing with his young kids again.

Cara says she is grateful to Herskowitz for saving Adam's life and to the medical staff who were all so comforting and informative during the entire process.

"I can't say enough about the staff," Cara said. "During that scary storm, they were able to calm us down and helped the family through this emotional journey."

Find a Physician or Assessment